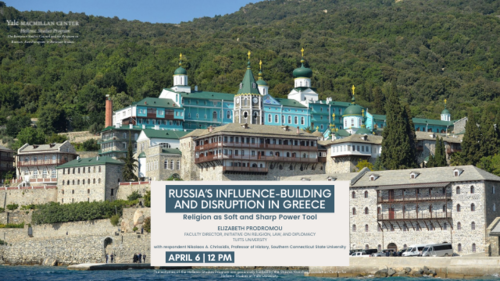 Dr. Elizabeth H. Prodromou is a faculty member at The Fletcher School at Tufts University, where directs the Initiative on Religion, Law, and Diplomacy. She is non-resident Senior Fellow and Co-Chair of the Working Group on Christians and Religious Pluralism in the Middle East, at the Center for Religious Freedom at the Hudson Institute, and was non-resident Senior Fellow in National Security and the Middle East, at the Center for American Progress. She is a Co-President of Religions for Peace. Prodromou served as Vice Chair and Commissioner on the U.S. Commission on International Religious Freedom (2004-2012) and was a member of the U.S. Secretary of State’s Religion & Foreign Policy Working Group (2011-2015).

Her research interests focus on geopolitics and religion, with particular focus on the Middle East, the Eastern Mediterranean, and Southeastern Europe. Her current research projects concentrate on cultural heritage and institutional religious freedom in Turkey and comparative context, as well as Eastern Orthodox Christianity and global public engagement. She is the faculty director for Fletcher’s executive education program for faith-based leadership. The author of multiple edited volumes and many publications in scholarly and policy journals, Prodromou is a frequent commentator and contributor in US and international media. She holds a Ph.D. and an S.M. in political science from MIT, an M.A.L.D. in international relations from Fletcher, and a B.A. in history and international relations from Tufts University.

Respondent for the event is Nikolaos A. Chrissidis, Professor of History, Southern Connecticut State University.

Sponsored by the Hellenic Studies Program, Council on European Studies, and Program In Russian, East European, and Eurasian Studies.