Fairy tales and psychiatry and residents, oh my! 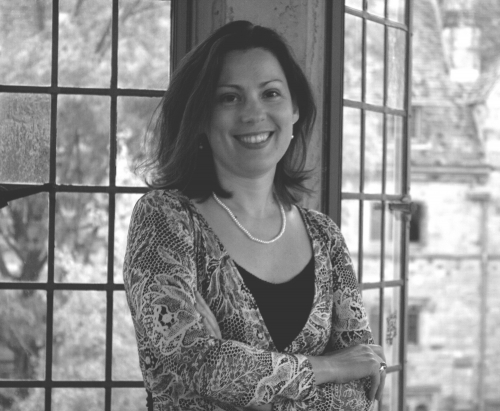 Fairy tales are a storytelling staple for children across cultures. These stories captivate young minds, allowing their imaginations to explore new worlds. An elective at the Yale School of Medicine is trying to tap into that magic — not to teach children, but rather to educate psychiatry residents and medical students about childhood development.

A group from the medical school teamed up with a professor from the MacMillan Center Hellenic Studies Program to craft this new elective, titled “Fairy Tales and Psychiatry: Perspectives on the Significance of Metaphor, Storytelling, and Imagination in Childhood Development.” Piloted during the 2016–17 school year, the course attracted over 50 psychiatry residents and medical students.

The three creators recently penned a case report on their course, which was published in the journal Academic Psychiatry on Aug. 28.

“Being able to think about patients in different ways and interact with them and engage with them on this more imaginative level is a way, I think, of bringing the patient and the doctor closer together,” said Ryan Wallace, first author on the publication and psychiatry fellow at the medical school.

Each lesson drew from a different fairy tale — ranging from the traditional “Cinderella” to the modern “Harry Potter” and even the cross-cultural “Pan’s Labyrinth.”

But the creators of the course didn’t just use these stories as a segue into discussions of developmental theory. They also used them as an opportunity to teach doctors how to better connect with their patients and how to understand different perspectives.

The elective’s first lesson, which drew from “Little Red Riding Hood,” exemplifies the course’s goals. Publication co-author Maria Kaliambou, a senior lector at the Hellenic Studies Program and one of Yale’s only folklorists, said that this universal story has various endings. In some versions, Little Red Riding Hood is eaten by the Big Bad Wolf, while in others she outsmarts him and escapes unscathed. These different versions of the story lend themselves to a variety of interpretations based on culture, societal context and time period.

“It is important that we understand that [fairy tales] shape us,” she said. “It is more than entertainment. If we look closely and seriously at those stories, we can make every difficulty nothing but an opportunity.”

Wallace said that we narrate ourselves into our own stories, and therapy — a common intervention used in psychiatry — can help shift our narratives in productive ways. He said the elective added a new layer to medical education, helping doctors to facilitate this process for patients during their own practice.

“In psychiatry, you learn about the disease model — so mental illness is caused by imbalances of whatever neurotransmitters in the brain, and you’re given medication to fix that — which is valid and it’s very useful,” Wallace said. “But this [course] is a way of going beneath that and connecting on a very human level as opposed to an intellectual one. It helps form an empathic connection.”

According to the case report, students enjoyed the elective. After each session, they praised the class as “entertaining and engaging,” “excellent” and “enjoyable.”

Wallace, who was a psychiatry resident when the course was piloted, said that the School of Medicine is not currently offering the course because he and co-creator Zheala Qayyumhave taken on other responsibilities, and Qayyum is now based in Boston.

Still, Wallace hopes Yale will offer the course in the future. Though they haven’t been teaching, the two have been developing a formal curriculum so the course could be taught at other universities as well.