In the News: With coronavirus variants, the world is learning the Greek alphabet, one grim letter at a time 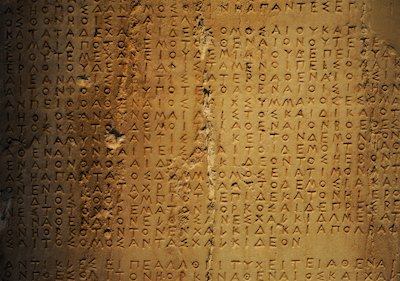 Maria Kaliambou, Senior Lector in Hellenic Studies, and one of her students, are quoted in the following article in The Washington Post:

The 15th letter of the Greek alphabet had been a fairly innocuous entity for 2,500 years. But in just two weeks, it became notorious. Omicron moved beyond classical philosophy texts, beyond the realm of the 13 million or so people who speak Greek as natives, and exploded into use in urgent scientific reports, breaking news headlines and social media feeds around the world.

The Greek alphabet is a millennia-spanning marvel that didn’t necessarily need this boost in visibility. But the world is now getting a lesson in Greek, one unpleasant coronavirus variant at a time. The same letters used by Plato and Aristotle are turning into symbols of a global plague, and knowing the difference between delta and omicron is essential to understanding whether we might be emerging from the pandemic or still mired in it.

“This is not how I wanted to learn the Greek alphabet,” Isla McKetta, 43, from Seattle, wrote on Twitter after learning of omicron — a letter that she, like many Americans, hadn’t heard of until it was named as a “variant of concern.”